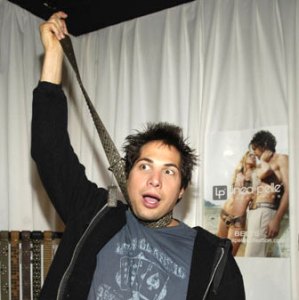 Girls Gone Wild owner Joe Francis never learns. I’ve never dealt with Joe directly but I know several lawyers and PR people who have. They’re solid people who certainly gave him straight-up advice about how he needed to change his ways. Which must be why he fired them.

Last night Mr. Francis was arrested in LA on charges of holding three young women prisoner in his limo, beating one’s head against the floor and then threatening to not pay for taxi fare if the girls called the cops. That’s a nice final flourish.

Here’s the LA City Attorney  release with all the gory details.