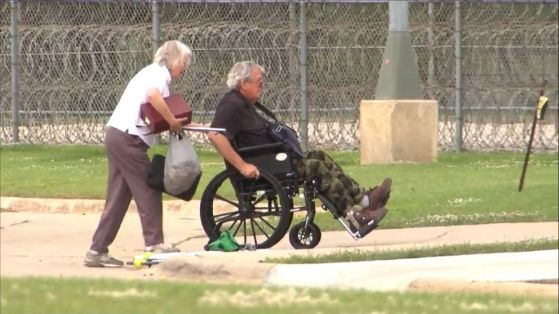 It’s been amusing to watch the dance as Republican candidates try to put daylight between themselves and the now-toxic candidacy of Donald Trump. One might imagine it would be easy, in the wake of Trump’s “grab them by the pussy” bombshell video, for a family values Republican running for Congress to completely sever his support and endorsements for Trump. It should be easy to leap from a a sinking ship and swim away from the wreckage entirely. Yet very few have.

The political handicappers chalk it up to sophisticated triangulation as these candidates try to thread the needle without alienating the “bulk of Trump supporters.” But I think it’s something different. These Republican lawmakers who won’t completely sever from Trump are doing it because they’re AFRAID of Trump. And they’re afraid of Trump because they live in glass houses themselves when it comes to dirty talk and sexual misconduct. They have every reason to be afraid.

Remember the big lesson of the Bill Clinton impeachment attempt: The Republicans went scorched earth on a sitting US President with NO REGARD to their own vulnerability on the same issue. But in hindsight, who looks worse, Denny Hastert or Bill Clinton? Bob Livingston or Bill Clinton? You can add to that list Henry Hyde and Newt Gingrich, and probably quite a few others. I assure you that many of the Republicans who would just LOVE to throw Donald Trump under the bus over Pussygate are afraid that their own bad behavior will be surfaced if they do. Trump is a grudge holder and has a lot of resources to go after his enemies. And, let’s be honest, nobody would put it above him to launch an oppo attack on members of his own party. That’s exactly the threat that Trump surrogate Kellyanne Conway was sending when she accused members of Congress of the same kind of bad behavior they’re criticizing in Trump.